The Fund was flat in April versus a gain of 1.8% for the S&P/TSX Composite Total Return Index ("Index”). The Index's performance was driven by Energy (+6.8%) while yield-sensitive sectors continued to feel the pressure of rising interest rates: Utilities (-1.8%), Consumer Staples (-1.4%) and REITs (-0.4%).

Top CCVMF performers in April were WSP Global (WSP: +7.1%) and North American Construction Group (NOA: +7.1%). While there was no specific news related to WSP, the company is coming off a solid earnings report in March and Ontario and Quebec budgets released at the end of March suggest that infrastructure spending is still a focus for governments. There is also chatter that WSP is in a position to possibly do a larger, transformational type of acquisition as it continues to consolidate the industry. NOA's positive momentum continues as its guidance for 15% CAGR in revenue and ebitda for 2018 and 2019 is starting to look conservative. The company is benefiting from a successful renewal of oil sands long term service agreements and Suncor's Fort Hills mine is providing incremental demand. NOA also has good line of sight into heavy construction projects for the summer of 2018 after a 4 year drought and commodity price strength is providing additional opportunities.

One stock was added to the portfolio in April: Methanex (MX). Methanex is the largest producer of methanol in the world, accounting for ~15% of global capacity. Methanol is a chemical used to manufacture many consumer and industrial products and is also a clean-burning alternative fuel source. The company is benefiting from very strong methanol pricing and, while there are many moving parts, it seems that supply/demand fundamentals will remain favorable through the end of the year. Demand is being driven by new consumption from methanol-to-olefins (MTO) plants in China and longer term demand drivers from marine fuel, industrial boilers and fuel-blending show significant potential. Analysts have modeled methanol prices to retreat from recent highs so any sustained tightness would be positive. The company is aggressively buying back shares with excess cash flow as capital spending remains minimal for the next 18 months.

The Fund held a 31.4% cash weighting at month end. As previously discussed, we expect cash balances to move lower as we progress through the CCVMF's investment process. In the meantime, we look forward to tracking the progress of the portfolio’s holdings as we see a meaningful and diverse set of catalysts to drive continued growth. 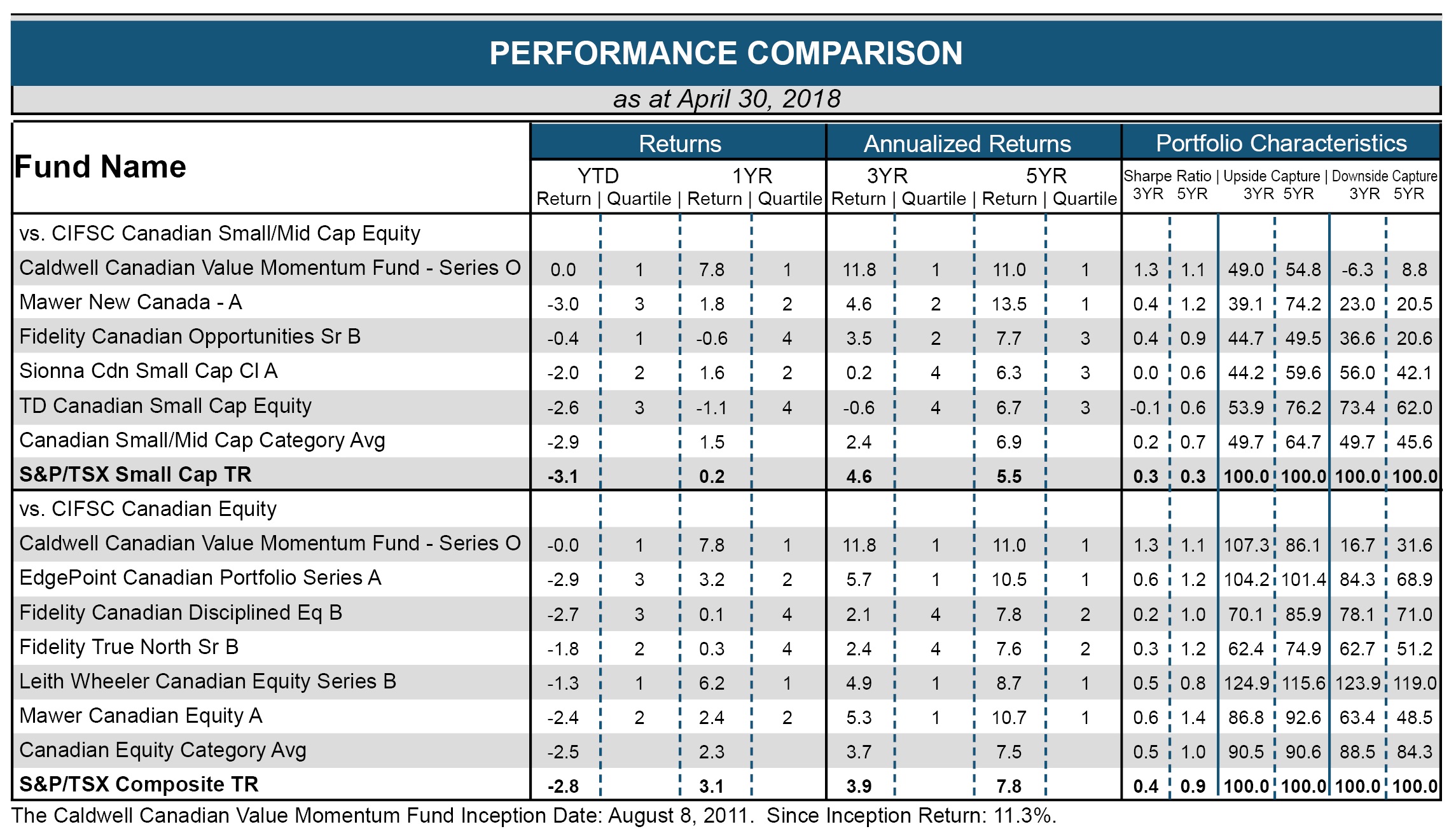