The Fund gained 0.6% in December versus a gain of 1.2% for the TSX Total Return Index. The Index finished 2017 with a strong commodity and 'risk on' rally with the Materials and Industrials sectors up 3.4% and 2.0%, respectively, in December, while traditionally defensive sectors were all in the negative: Telecom (-2.1%), Utilities (-1.2%), Gold (-0.4%) and Consumer Staples (-0.2%). Top CCVMF performers in December were Cargojet (CJT: +11%) and Imvescor Restaurant Group (IRG: +8.5%). We suspect that CJT moved higher on the back of strong online retail sales through the holiday season. The CCVMF sold its position in IRG following a take-out offer by MYT Group which implied a 2017 EBITDA multiple of 13.8x. The IRG trade was a successful one for the CCVMF with the stock +70% since the initial purchase on February 2, 2016 versus 38% for the TSX Total Return Index. Gains were a function of both multiple expansion and earnings growth - IRG was trading at 8.6x trailing EBITDA at the time of purchase and EBITDA grew over 20% through our holding period.

One stock was purchased in December: Rocky Mountain Dealerships (RME). The company owns and operates agricultural equipment dealerships with over 35 locations across Alberta, Saskatchewan, and Manitoba. After several years of weak equipment sales, the market cycle seems to have bottomed and the company is well positioned to benefit from a multi-year up-cycle. Cost and inventory reductions should lead to strong profitability as the company looks to enter a fragmented U.S. market. The CCVMF ended the year with a 38% cash position. As noted last month, we expect the cash balance to move lower as we progress through our due-diligence process on new opportunities.

2017 was another successful year for the CCVMF as it once again significantly out-paced its benchmark. The Fund gained 13.8% in 2017 versus a gain of 9.1% for the TSX Total Return Index for out-performance of 4.7%. *Please see below for standard performance data.  Gains in the Index were broad-based with only the Energy sector (-10%) showing a decline. Looking into the CCVMF's performance, success in 2017 was driven by both sector allocation (i.e. being in the right sectors) and security selection (i.e. being in the right stocks), with the former accounting for 2/3 of the out-performance versus the Index.

As Table 1 shows, the top individual stock contributors out-paced the bottom contributors by a factor of 2.3x. The CCVMF also added to its winning streak of out-performing in months when the TSX Total Return Index was negative. Specifically, the Index posted negative returns in May, June and July and lost 2.1% over this three month period. Meanwhile, the CCVMF out-performed the Index in both May and June - including posting a positive return in May - and only declined 0.8% over the three month period. Since inception, the CCVMF has out-performed the Index in a down-month 20/27 times (74% success ratio) and posted a positive return 11/27 times (40% success ratio). 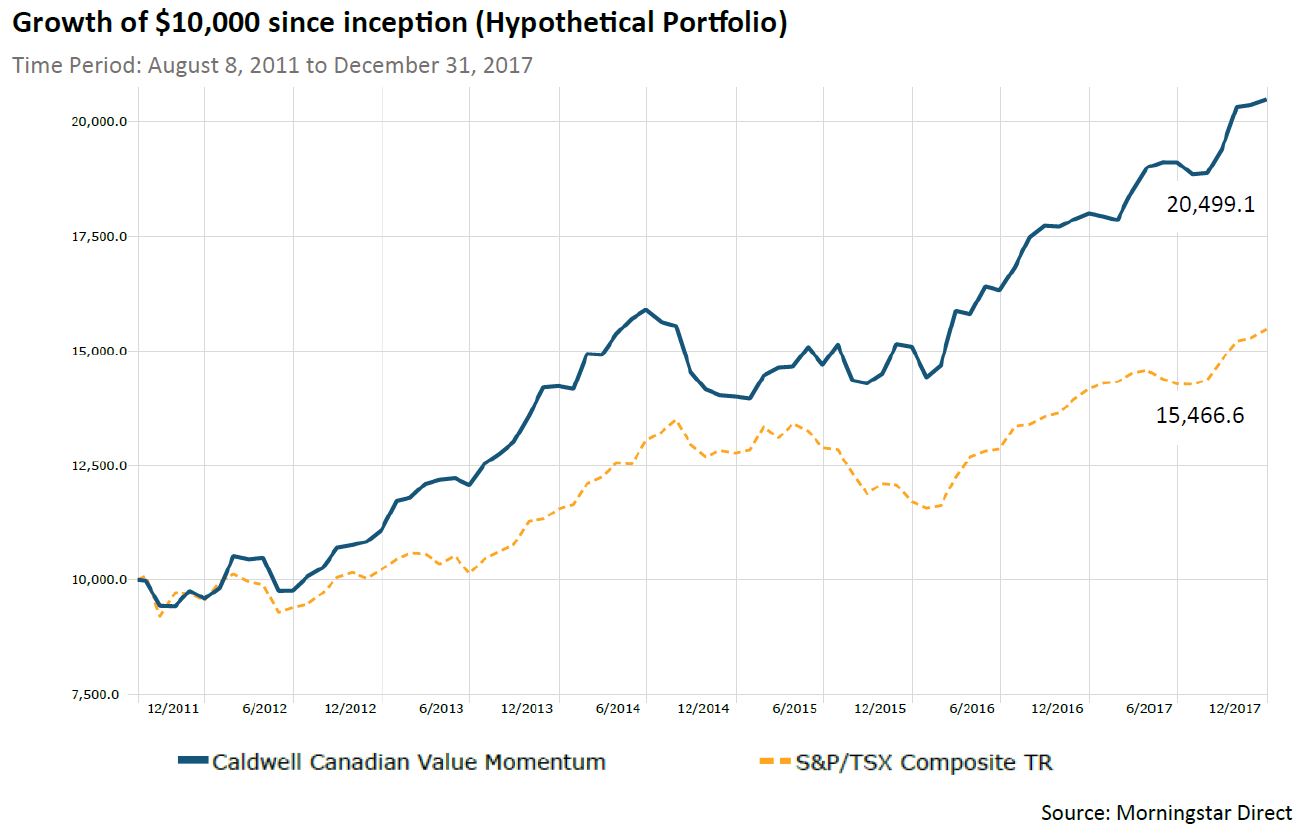 The strong result in 2017 puts the CCVMF in the top 4% of our Morningstar Canadian Equity peer group. The CCVMF's success is a function of a concentrated portfolio of 15-25 stocks where each position has a strong set of catalysts to increase its value. We continue to look forward to strong results as we progress through 2018 and beyond. 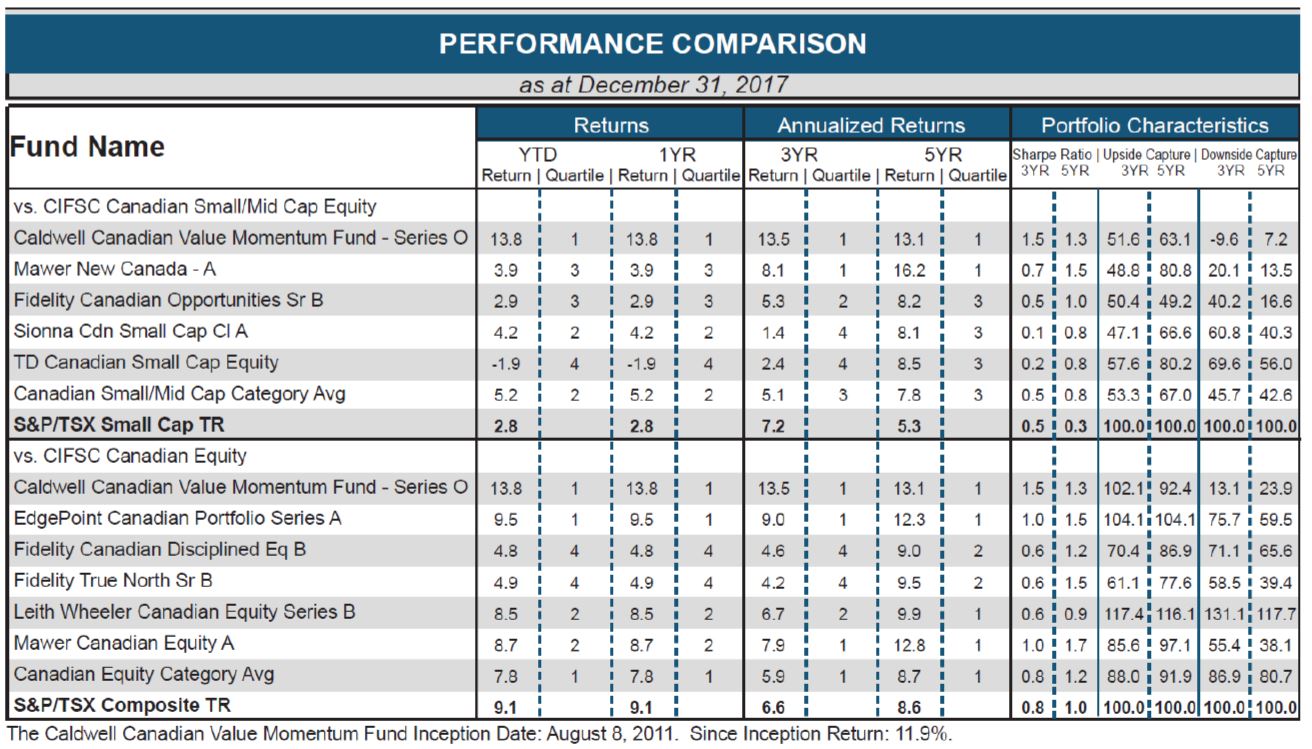