The Fund fell 0.8% in January versus a more substantial loss of 1.4% for the S&P/TSX Composite Total Return Index ("Index”). Last month's out-performance of traditionally defensive sectors reversed in January with Consumer Staples (-1.9%), Telecom (-4.5%%) and Utilities (-4.5%) under-performing in a down month. Technology was the best performing sector in the market (+5.4%).

Top CCVMF performers in January were BRP Inc. (+9.4%) and Ag Growth International (+6.6%). BRP was out marketing in January and pointed to continued strength in end markets and continued runway in penetrating new product categories. Meanwhile, Ag Growth seems to be picking up after drifting lower in a seasonally weaker period. We are encouraged to see renewed buying interest in the stock as there has been no change to the company's significant growth opportunities tied to the build-out of agricultural infrastructure.

Two stocks were added to the portfolio in January: North American Energy Partners (NOA) and Stuart Olsen (SOX). NOA has done a very good job of improving its business through balance sheet and margin improvements and end market diversification. The company invested through the down-cycle and is now well-positioned to take advantage of an up-tick in activity. Stuart Olsen is expected to benefit from infrastructure spending coming out of Canada's 2015 federal election, which is only now starting to hit the market. The stock trades at a significant discount to peers and we expect this gap to narrow as activity picks up and operating metrics improve.

The bigger story is the market's behavior once February started. We will have more color in next month's note but we are pleased with how the CCVMF has navigated the market's volatility thus far. Specifically, the fund continues to exhibit defensive qualities on the down-side while, at the same time, retaining strong participation in the market's upside.

The Fund held a 33.8% cash weighting at month end. As previously discussed, we expect cash balances to move lower as we progress through the CCVMF's investment process. In the meantime, we look forward to tracking the progress of the portfolio’s holdings as we see a meaningful and diverse set of catalysts to drive continued growth. 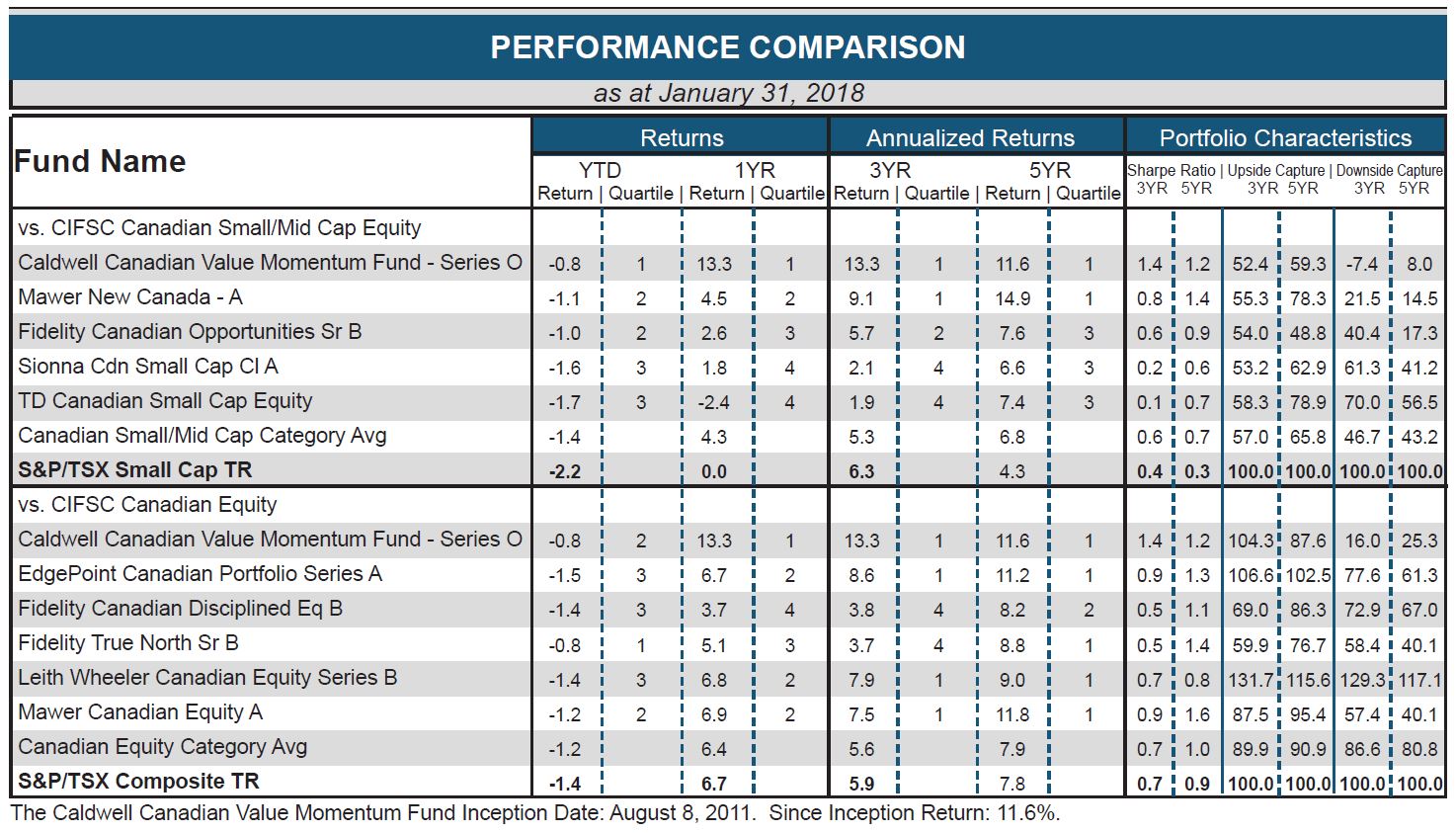