This is the 5th consecutive time the CCVMF outperformed the Index in a down market. Since inception (August 2011), the fund has outperformed the Index in 25 of 32 down months for a 78% success ratio. The CCVMF's down capture in September was actually negative (a good thing) given the Fund posted a positive return in a negative market. The fund held 10 stocks that posted a positive return in a down month. Over the last 3 years, the CCVMF has a negative down capture (-26.9%) alongside a strong up-capture (95.9%).

Top CCVMF performers in September were North American Energy (“NOA”: +26.5%) and Cargojet (“CJT”: +10.6%). Note that these stocks were also top performers in August on the back of strong earnings reports. NOA has also been busy on the M&A front, expanding its services in Northern Canada through a 49% stake in Nuna Logistics. Additionally, subsequent to month end, NOA announced the acquisition of Aecon's heavy construction fleet. This is a significant acquisition with NOA stating 2019 EPS could exceed $1.60 per share (versus Street estimates of $0.99 per share at the time). While the stock has performed very strongly year-to-date, there appears to be a significant amount of upside remaining.

One stock was added to the portfolio in September: Parkland Fuel (“PKI”). The company is an independent fuel marketer and distributor in Canada and the U.S. and is building a scale advantage through an acquisition strategy. PKI recently raised their annual synergy target on their CCL acquisition from $80M to $180M and the runway of growth opportunities remains robust, including U.S. expansion, convenience store sales and commercial fuel growth. Subsequent to month end, PKI made another transformative acquisition, expanding into the Caribbean market and establishing a new Gulf Coast focused supply platform. The deal is expected to be immediately accretive to distributable cash flow per share by 17%.

The Fund held a 29.5% cash weighting at month end. Cash balances have been slow to move lower; while we have added new stocks, others have fallen out of the portfolio. We will continue to be disciplined in what we own in the portfolio and expect cash balances to move lower over time. In the meantime, we look forward to tracking the progress of the portfolio’s current holdings as we see a meaningful and diverse set of catalysts to drive continued growth. 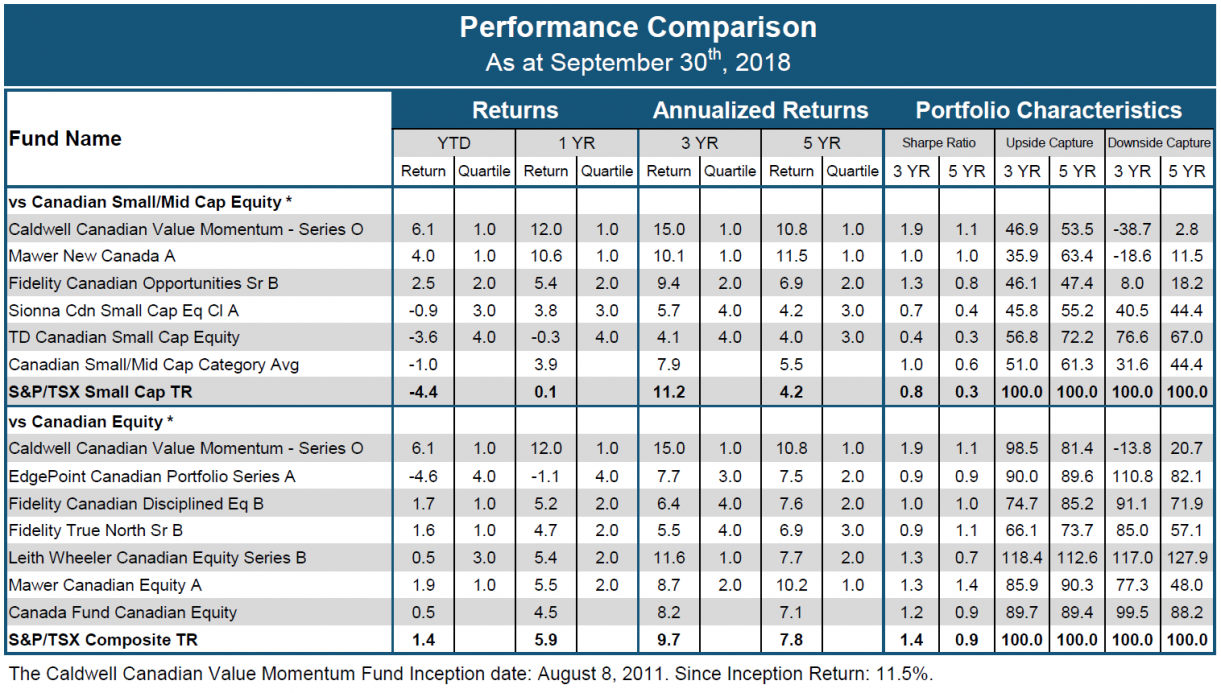 FundGrade ratings are to be used for information purposes only and are not intended to provide financial, tax, accounting, legal or investment advice. You should not rely FundGrade ratings in any way. If you need information about a specific financial, tax, accounting, legal or investment issue, you should consult an appropriately-qualified professional adviser. Fundata does not make any recommendations regarding the advisability of investing in any particular security or securities generally. You agree that these ratings or any other information made available through Fundata are not a substitute for the exercise of independent judgment and expertise.