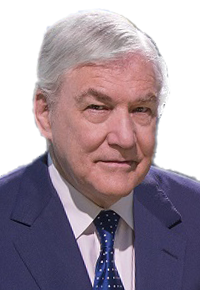 CONRAD BLACK is a financier and author and columnist in a large number of publications in Canada, the US, and the UK, including the National Post and National Review Online (New York). He is the author of biographies of Maurice Duplessis, Franklin D. Roosevelt, and Richard M. Nixon, a strategic history of the United States (Flight of the Eagle), and Rise to Greatness, the History of Canada from the Vikings to the Present. His most recent books are “The Canadian Manifesto” in 2019, “Donald J. Trump: A president like no other” in 2018, and before that, a collection of his columns and essays titled Backward Glances, just published by Random House-McCLelland & Stewart. He was the publisher of the London (UK) Telegraph newspapers and Spectator from 1987 to 2004, and controlled many other newspapers including the Chicago Sun-Times, the Jerusalem Post and the National Post, which he founded. He is honorary chairman of Conrad Black Capital Corporation and has been a member of the British House of Lords as Lord Black of Crossharbour since 2001, and is a Knight of the Holy See.

You can find Lord Black’s columns in the National Post, The National Review Online, American Greatness, The Epoch Times, The Hill, and is often syndicated. He continues to be a guest on a number of news outlets offering commentary, and has appeared on the BBC, CTV, FOX News, CBC and more. He is a regular guest on America First with Sebastian Gorka, and has just started a new podcast with Bill Bennett and Victor Davis Hanson, called “Scholars & Sense”, where they try to make sense of the news of the day.