Sean Tascatan Interviewed by the Globe and Mail 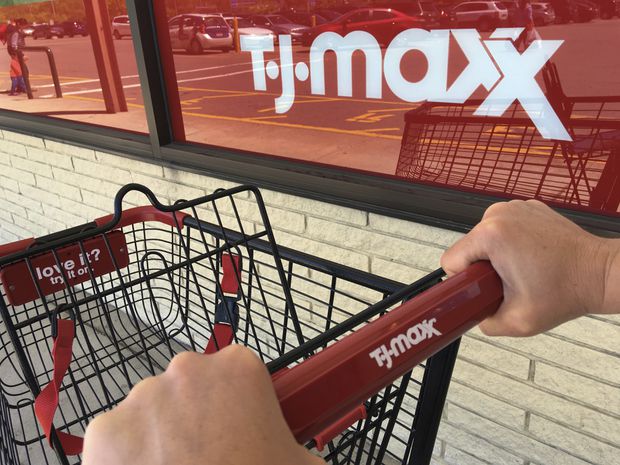 SHIRLEY WON
SPECIAL TO THE GLOBE AND MAIL
PUBLISHED AUGUST 6, 2019

TJX Companies Inc., parent of T.J. Maxx, Marshalls, Winners and other stores, Framingham, Mass. has proven resilient in an industry disrupted by online shopping. Although TJX has a low dividend yield, it has had an impressive 22-per-cent compound dividend-growth rate over five years. (AP Photo/Elise Amendola, File)

Dividend stocks have more allure now that the United States Federal Reserve Board has cut interest rates for the first time since the 2008 global financial crisis.

The U.S. central bank dropped its key lending rate by one quarter of a percentage point to about 2.25 per cent in late July amid headwinds from the U.S.-China trade war and slower global growth. Although the Fed didn’t signal a lengthy easing cycle, it indicated its openness to more cuts to support U.S. economic expansion. The recent escalation in trade tensions could be the catalyst for further interest rate reductions.

Against this backdrop, yield-hungry investors may want to consider some dividend-paying stocks that can generate more income than bonds. Don’t get hung up on yield, though, as a stock with strong dividend growth typically implies a healthy company with scope for capital appreciation. Although potential gains may be partly priced into some dividend payers, investors can take comfort that they can still get regular payouts – even if markets turn volatile.

Given the diversification offered by the U.S. market versus domestic equities, we asked three fund managers for their top dividend picks.

Shares of New York-based Verizon, the No. 1 wireless provider in the U.S., should benefit from the roll out of its faster-speed, fifth-generation (a.k.a 5G) cellular network, Mr. Groff says. With a strategy aimed at being a high-quality, pure-play wireless carrier, that should help drive revenue growth – not only from its mobile network, but also from its fixed-wireless service to replace traditional home Internet, he notes. Verizon’s industry-leading margins and free cash flow will help it invest in its network, grow earnings and pay an attractive dividend that should rise, he says. Verizon’s shares, he adds, also trade attractively, at about 11 times forward earnings. If the proposed merger occurs between T-Mobile US Inc. and Sprint Corp., the third-and fourth-largest carriers in the U.S., respectively, that move is likely to be disruptive for them, but good for Verizon in the shorter term, he says. The longer-term impact of a merger, he adds, has yet to be determined.

Viper, which owns mineral rights to oil and gas properties mainly in the Texas Permian Basin, has an attractive business model in collecting royalty revenue from companies drilling on its lands, Mr. Groff says. Unlike energy producers, Midland, Tex.-based Viper doesn’t have costly capital expenditures, so “it’s a very, high free-cash flow generating business,” he adds. It pays a variable dividend but also has “great yield that is sustainable and will grow,” he notes. Viper is a subsidiary of oil and gas producer Diamondback Energy Inc., which contributed some of Viper’s initial field assets and is an operator on some of its properties. Diamondback has continued to sell mineral interests to Viper at a fair price, he adds. Viper’s cash-flow yield for 2020 is an estimated 8 per cent and “we think that is attractive for this kind of business,” he says. Falling oil prices, he adds, is a risk because Viper will earn less per barrel and producers will drill less.

Invitation Homes, the largest U.S. single-family home rental company, has helped legitimize its relatively young niche as an institutional, investible asset class with attractive returns, Mr. Dicker says. “It has a lot of scale, which matters a lot, and a strong service offering.” The Dallas-based real estate investment trust, which went public in 2017, was founded by private equity firm Blackstone Group Inc. after the global financial crisis. Invitation Homes, which merged with Starwood Waypoint Homes in 2017, owns about 80,000 dwellings mainly in the U.S. sunbelt. Falling interest rates will benefit Invitation Homes in reducing its cost of capital that would enable it to make more acquisitions, he notes. Its shares are “fairly valued” because its trades at “our estimated net asset value at around US$27 a share,” he says. “Our estimate is conservative so it could higher. The biggest risk would be if job growth in the United States were to decelerate or go negative.”

Framingham, Mass.-based TJX, an off-price clothing and home-goods retailer, has proven resilient in an industry disrupted by online shopping, Mr. Dicker says. The company has annual sales of almost US$40-billion from chains that include T.J. Maxx, Winners and HomeSense. TJX, which is expanding internationally, provides a treasure-hunt experience for consumers seeking discounted brand-name merchandise. Falling interest rates could spur consumers to buy more goods, which translates into better same-store sales, but “the story with TJX works if [interest] rates go down or don’t go down [by] much,” he notes. Although TJX’s dividend yield is low, it has had an impressive 22-per-cent compound dividend growth rate over five years, he says. Its stock has traded at about 19 times forward earnings recently, but that’s not unreasonable given its free cash-flow growth, Mr. Dicker says. Because TJX imports a lot of apparel from China, further tariff hikes are a risk, he adds.

UnitedHealth, the largest health-care insurer in the U.S., will benefit from an aging population and increasing medical costs, Mr. Tascatan says. The Minnetonka, Minn.- based company, which also has a pharmacy benefits business and a health-care provider network, operates in a consolidated industry with a few large players. UnitedHealth has also raised its earnings guidance for 2019 “due to confidence in its business momentum,” he notes. The company has an impressive dividend history, raising its payout at or above 20 per cent annually over the past decade, Mr. Tascatan says. Concerns about health-care reforms in the U.S. have put pressure on the industry’s stocks. Democratic presidential candidate Senator Bernie Sanders’ “Medicare for all” proposal to replace private health insurance with a universal Medicare plan is a risk, but unlikely to occur, he says. UnitedHealth’s stock, he adds, has traded at around 16 times forward earnings recently.

The Springfield, Ark.-based meat-processing giant should benefit from global expansion and higher pork prices arising from an African swine fever outbreak in China, Mr. Tascatan says. Tyson is a supplier of chicken, pork, beef and prepared foods. Within the past year, it acquired the Thai and European operations of BRF S.A. and the Keystone Foods business, which has plants in Asia, from Marfrig Global Foods S.A. Because China produces and consumes about half of the world’s pork, prices are expected to rise globally and could impact beef and chicken prices as a result of the substitution effect, he adds. Although Tyson’s foray into meatless products could provide more upside, a short-term risk is rising feed costs due to adverse weather affecting corn crops, he notes. Tyson’s shares have been trading attractively recently, at about 12 times forward earnings, he says. Its dividend also has a five-year, compound annual growth rate of almost 39 per cent.