QUICK NEWS: We now have the CCVMF in a low-load option: CWF711. Please contact Jennifer Kuta or Alex Osborne for details.

This is the 4th consecutive time the CCVMF out-performed the Index in a down market. Since inception (Aug 2011), the fund has outperformed the Index in 24 of 31 down months for a 77% success ratio. The CCVMF's down capture in August was actually negative (a good thing) given the Fund posted a positive return in a negative market.

The CCVMF has achieved peer-leading performance versus the Index since its inception. As we have previously stated, the keys to that success are owning a concentrated portfolio of companies that have strong catalysts driving their share prices higher. August was a great example of that model at work. The portfolio's strength was broad-based with 10 stocks posting a positive return in a down market. Six of these stocks gained over 10%, driven by company-specific catalysts (NOA, CJT, ATA, DOO, TFII, AFN).

Top CCVMF performers in August were North American Energy (“NOA”: +16.2%) and Cargojet (“CJT”: +15.0%). NOA reported a big earnings beat and raised annual guidance well above the market's expectations. The strong results are being driven by multiple catalysts which led to a backlog that grew to $328 million from $83 million in the prior quarter. Cargojet also reported results that beat expectations. The company continues to have several growth drivers in place to increase revenue, driven by the growth in cargo services, including e-Commerce tailwinds.

One stock was added to the portfolio in August: Toromont Industries (“TIH”). The company operates one of the largest and most successful Caterpillar dealerships in Canada. It is a well-managed company with a long track record of strong earnings growth and peer-leading return on capital. TIH is well positioned for growth driven by their recent acquisition of Hewitt Equipment, the authorized Caterpillar dealer for Quebec and West Labrador. The deal brings significant opportunities to take TIH's successful playbook to new markets while increased infrastructure spending should continue to drive demand over the next several years.

The Fund held a 30.5% cash weighting at month end and 23.8% at the time of writing. Cash balances have been slow to move lower; while we have added new stocks, others have fallen out of the portfolio. We will continue to be disciplined in what we own in the portfolio and expect cash balances to move lower over time. In the meantime, we look forward to tracking the progress of the portfolio’s current holdings as we see a meaningful and diverse set of catalysts to drive continued growth. 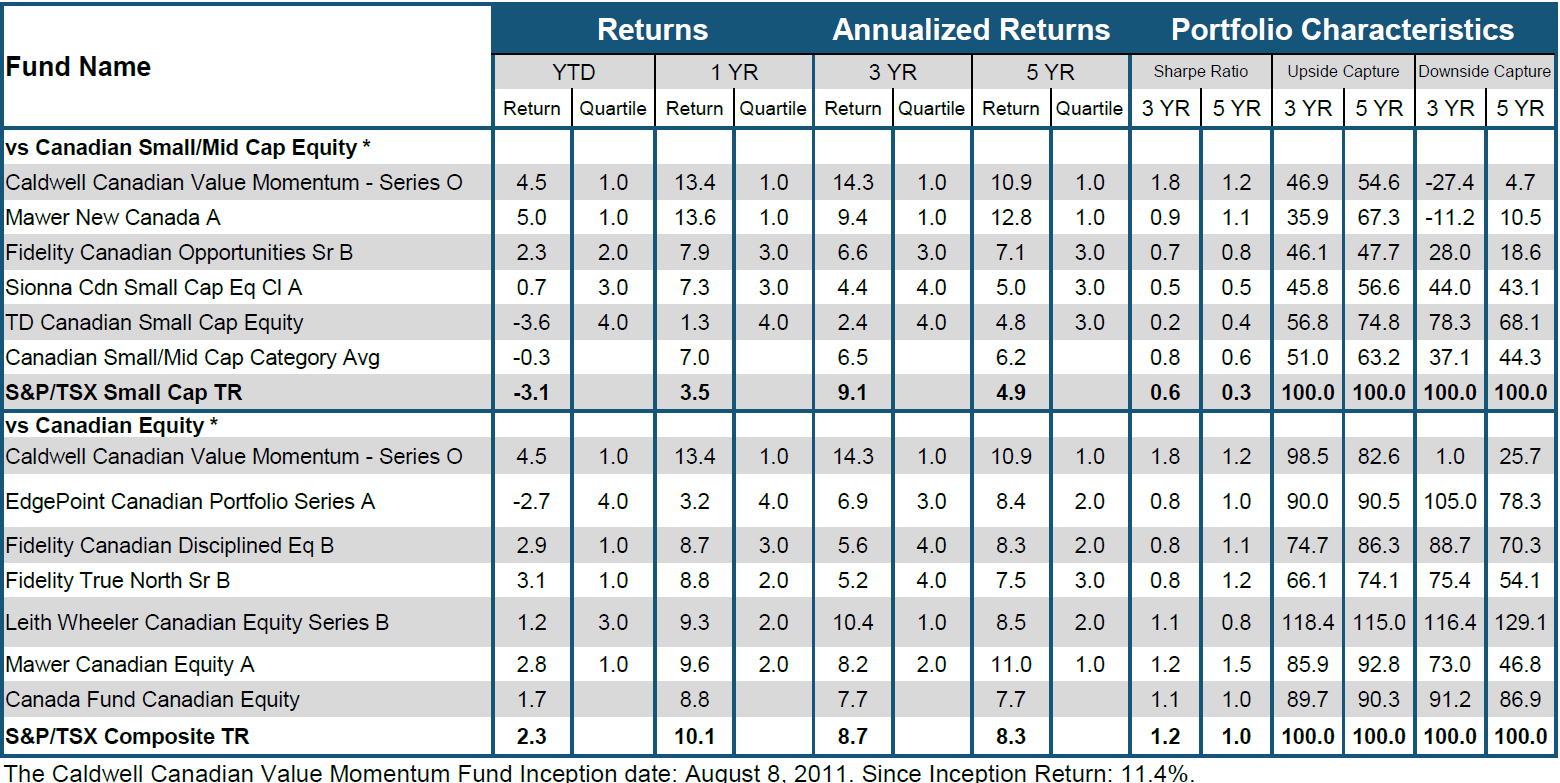