It has been a challenging time for the health of the world medically and financially. What are your thoughts regarding the Coronavirus and the stock market? 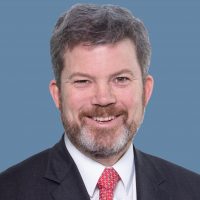